Experimental study on the failure law of water-bearing coal and the evolution of permeability under plastic flow | springerprofessional.de Skip to main content
TOOLBAR 1 2 3 4
SEARCH MENU 1 2 3 4 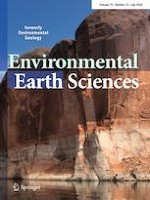