» Get access to the full-text
Important notes
Communicated by M. Hebert.

With significant advances in imaging technology, multiple images of a person or an object are becoming readily available in a number of real-life scenarios. In contrast to single images, image sets can capture a broad range of variations in the appearance of a single face or object. Recognition from these multiple images (i.e., image set classification) has gained significant attention in the area of computer vision. Unlike many existing approaches, which assume that only the images in the same set affect each other, this work develops a group collaborative representation (GCR) model which makes no such assumption, and which can effectively determine the hidden structure among image sets. Specifically, GCR takes advantage of the relationship between image sets to capture the inter- and intra-set variations, and it determines the characteristic subspaces of all the gallery sets. In these subspaces, individual gallery images and each probe set can be effectively represented via a self-representation learning scheme, which leads to increased discriminative ability and enhances robustness and efficiency of the prediction process. By conducting extensive experiments and comparing with state-of-the-art, we demonstrated the superiority of the proposed method on set-based face recognition and object categorization tasks. 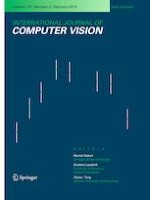