Create an alert for World Wide Web now and receive an email for each new issue with an overview and direct links to all articles.

The neuroimaging genetic study usually needs to deal with high dimensionality of both brain imaging data and genetic data, so that often resulting in the issue of curse of dimensionality. In this paper, we propose a group sparse reduced rank regression model to take the relations of both the phenotypes and the genotypes for the neuroimaging genetic study. Specifically, we propose designing a graph sparsity constraint as well as a reduced rank constraint to simultaneously conduct subspace learning and feature selection. The group sparsity constraint conducts feature selection to identify genotypes highly related to neuroimaging data, while the reduced rank constraint considers the relations among neuroimaging data to conduct subspace learning in the feature selection model. Furthermore, an alternative optimization algorithm is proposed to solve the resulting objective function and is proved to achieve fast convergence. Experimental results on the Alzheimer’s Disease Neuroimaging Initiative (ADNI) dataset showed that the proposed method has superiority on predicting the phenotype data by the genotype data, than the alternative methods under comparison.
Advertisement 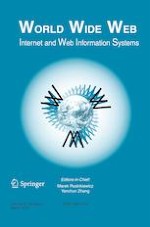