» Get access to the full-text
Important notes
Communicated by V. Loia.

High-dimensional data streams emerge ubiquitously in many real-world applications such as network monitoring and forest cover type. Clustering such data streams differs from traditional data clustering algorithm where given datasets are generally static and can be repeatedly read and processed, thus facing more challenges due to having to satisfy such constraints as bounded memory, single-pass, real-time response and concept drift detection. Recently, many methods of such type have been proposed. However, when dealing with high-dimensional data, they often result in high computational cost and poor performance due to the curse of dimensionality. To address the above problem, in this paper, we present a new clustering algorithm for data streams, called RPGStream, by combining the random projection method with the growing neural gas (GNG) model which is an incremental self-organizing approach, belonging to the family of topological maps such as SOM or neural gas. To gain insights into the performance improvement obtained by our algorithm, we analyze and identify the major influence of random projection on GNG. Although our method is embarrassingly simple just by incorporating the random projection into an exponential fading function of GNG, the experimental results on variety of benchmark datasets indicate that our method can still achieve comparable or even better performance than G-Stream algorithm even if the raw dimension is compressed up to 10% of the original one (e.g., for CoverType dataset, its dimension is reduced from 54 to 5). 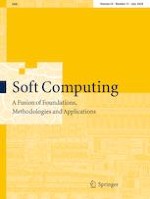