Willows are used as cuttings or in fascines for riverbank soil bioengineering, to control erosion with their high resprouting ability and rapid growth. However, water availability is highly variable along riverbanks both in time and space and constitutes a major stress limiting willow establishment. A species-specific understanding of willow cutting response to water stress is critical to design successful riverbank soil bioengineering projects given exclusive use of local species is often recommended. In a three-month greenhouse experiment, we investigated the effects of three soil moisture treatments (drought—soil saturation—intermittent flooding) on survival, biomass production and root growth of cuttings of three willow species used for soil bioengineering along NE American streams (Salix discolor—S. eriocephala—S. interior). Cutting survival was high for all species and treatments (>89%). Biomass production and root volume only differed between species. S. eriocephala produced the highest biomass and root volume, and S. discolor invested more in belowground than aboveground biomass. Root length responded to soil moisture differently between species. Under intermittent flooding, S. eriocephala produced shorter roots, while S. interior produced longer roots. For riverbank soil bioengineering, S. eriocephala should be favored at medium elevation and S. interior at lower elevation. 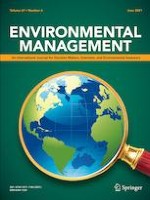 National Hazards Vulnerability and the Remediation, Restoration and Revitalization of Contaminated Sites—1. Superfund