Micro electromechanical systems (MEMS) based resonator sensors are utilized in a wide variety of fields to detect both physical and chemical quantities. This includes the sensing of density and viscosity in liquids [ 1– 3], pressure sensing in gases [ 4, 5] and the sensing of mass changes when used as micro balance for the detection of chemical and biological agents [ 6– 11]. Of the various types of resonator geometries (strings, membranes, etc.), cantilever based devices have attracted much attention due to the low impact of residual stress on key device parameters like the resonance frequency. Cantilever modes are into different basic types of mode shapes: transversal, torsional, extensional and lateral.
Transversal or out-of-plane modes are primarily used for atomic force microscopy and micro balance applications [ 9, 12]. When comparing the performance of these modes in liquids, it was found, that the quality factor, which is in liquids primarily linked to viscous damping, does not exceed 35 [ 9]. This is a limitation when going into liquids with higher viscosity, as the increased damping will not allow any oscillation of the resonator to occur. To overcome this drawback to at least some degree, lateral or in-plane modes can be used, which can reach quality factors between 65 and 100 in water [ 9, 13, 14].
Advertisement
This paper will give an overview over a MEMS based piezoelectric sensor platform developed at ISAS, TU Wien. 1 This sensor platform utilizes a novel type of resonator mode, which features unprecedented quality factors in water of up to 366 for higher mode orders. As a consequence, measurements not just in water, but also in highly viscous liquids like lubrication oil, or even bitumen are enabled. The devices presented in this paper are all based on this sensor platform, the design however varies depending on the application.

The sensor fabrication process starts with a 4 inch silicon on insulator (SOI) wafer with a typical device layer thickness of 20 μm. The wafer is covered by a bi-layer of 250 nm thermal oxide and 80 nm LPCVD silicon nitride to ensure electrical isolation of the bottom electrodes. These electrodes are deposited using evaporation and patterned via a lift-off procedure. Subsequently, the piezoelectric layer of aluminum nitride (AlN) is deposited using reactive magnetron sputtering and the top electrode is realized in the same way as the bottom electrodes. The device is defined by a top side deep reactive ion etch (DRIE) step and released by a backside DRIE step followed by the removal of the buried oxide by hydrofluoric acid.
A typical device geometry with two electrode stripes is shown in Fig.  1. The finished devices are placed in dual inline packages and wire bonded. More details can be found in [ 15, 16].
×

A Butterworth-van Dyke equivalent circuit consisting of a parallel connection of a resistor ( \(R_{\mathrm{p}}\)), a capacitor ( \(C_{\mathrm{p}}\)) and a LCR circuit ( \(R_{\mathrm{m}}\), \(C_{\mathrm{m}}\) and \(L_{\mathrm{m}}\)) is used to describe the electrical characteristics of the MEMS resonator. \(R_{\mathrm{p}}\) and \(C_{\mathrm{p}}\) represent the static AlN capacitor, whereas \(R_{\mathrm{m}}\), \(C_{\mathrm{m}}\) and \(L_{\mathrm{m}}\) model the electrical signal of the mechanical resonance. Figure  2 shows the typical spectra of the conductance \(G\) and the susceptance \(B\) of the MEMS resonator. The static conductance is given by 1/ \(R_{\mathrm{p}}\) and is increased by \(\Delta G = 1/R_{\mathrm{m}}\) in resonance. The quality factor \(Q\) is calculated from the circuit parameters by the well-known equation \(Q= {1} / {R_{\mathrm{m}}} \sqrt{{L_{\mathrm{m}}} / {C_{\mathrm{m}}}}\) or by fitting the susceptance minimum and maximum.
×
Advertisement
In order to obtain a high measurement signal, it is important to maximize \(\Delta G\) and to minimize 1/ \(R_{\mathrm{p}}\). This can be challenging especially in liquids, as the high damping will reduce the quality factor and hence, \(\Delta G\). A more detailed description of the mathematical modelling approach of the resonator can be found in [ 15].
Electrical measurements of the MEMS resonators both in air and in liquids are done with an Agilent 4294A impedance analyzer under controlled temperature conditions. Optical measurements of the out-of-plane movement are performed with a Polytec MSA 400 laser Doppler vibrometry system. Density \(\rho \) and dynamic viscosity \(\mu \) of the investigated liquids are measured with a Stabinger SVM 3000 viscometer at defined temperatures. The test liquids included deionized water, ethanol, isopropanol, D5, N10, N35, N100, S200 and D500. Doing so, dynamic viscosity at room temperature were varied up to 615 mPa s [ 17]. Vibrational modes are specified using the notation by Leissa 2 [ 18].

The following sections will present a short overview of the most important results achieved with the AlN MEMS resonator sensor platform developed at ISAS.

Figure  3 shows both optical and electrical spectra of a 2017 μm × 1272 μm cantilever resonator in both air and isopropanol with the corresponding mode shapes for each resonance. The high damping of most resonance modes is clearly visible; however, one mode shape features high quality factors independent of the environmental conditions, labeled as 13 mode. This mode shape is representative for a new class of torsional type modes: the roof-tile shaped modes. Subsequent studies using the same sensor design approach confirmed this result and demonstrated high quality factors for the 12 mode of 10 in highly viscous liquids like D500. Furthermore, a direct correlation between the quality factor and \({1} / {\sqrt{\rho \mu }}\) was found, which shows the potential for this sensor to measure both the density and dynamic viscosity of liquids [ 17].
×
By increasing the drive frequency, higher orders of the 12 mode can be excited. The impact on the quality factor in deionized water is shown up to the 10th order in Fig.  4. Hexadecimal numbering is used for the Leissa nomenclature. The insets show the corresponding mode shape and the dashed line represents viscous damping deduced from theoretical considerations where the cantilever is approximated by a sphere to enable an analytically solution of the Navier-Stokes equations [ 19]. The corresponding results for the resonance frequency \(f\) res, \(Q\) and \(\Delta G\) are given in Table  1. A quality factor of 366 was measured for the 1B mode in water at a frequency of 3.5 MHz, which was the highest value measured up to that time for cantilever type resonators in liquid media. While \(Q\) continuously increases with increasing \(f\) res, \(\Delta G\) does not feature a clear trend. This is due to the fact, that the electrode design can act as a filter for higher modes due to partial or complete cancelation of charges, if the electrode covers areas with both positive and negative volume strains [ 20]. It is therefore necessary to tailor the electrode design.
Table 1.
Performance of the higher orders of the roof tile-shaped modes in deionized water. Due to its high order, hexadecimal numbers are used for the labelling. Reprinted with permission from [ 19], ©2015 AIP Publishing LLC
×

The roof-tile shaped modes in cantilever type resonators generally feature only a single nodal line along the x-axis (the anchor) and multiple nodal lines along the y-axis. This enables an optimized electrode design (OED) by using multiple electrode stripes perpendicular to the anchor nodal line, which simplifies the electrical feed lines significantly.
To increase device performance, effort was invested in a tailored mode specific anchor design by moving from a single side clamped cantilever type resonator to a double side clamped bridge type resonator. Compared to a typical bridge design, the resonating plate is only fixed at the nodal lines, which minimizes the anchor strain and basically results in a design mimicking the mathematical free-free boundary condition best. The results for these resonators in liquids with respect to \(Q\) are shown in Fig.  5 and for \(\Delta G \) in Fig.  6, respectively. The quality factor increases as expected with increasing mode order and decreases with increasing \({1} / {\sqrt{\rho \mu }}\). An impact of OED on \(Q\) was not observed. \(\Delta G\) on the other hand was significantly improved by OED. The highest value \(\Delta G = 379\) μS was measured for the 05 mode in isopropanol. Compared to the result without OED, this corresponds to an improvement by a factor of 77 and demonstrates the importance of OED.
×
×

A promising class of mechanical modes is introduced, labeled as roof-tile shaped modes, and their benefit and potential for cantilever-type MEMS devices were presented. This class of 2-dimensional mode features extremely high quality factors in liquid media. While high quality factors are often not necessary in applications in vacuum or air, they are of utmost importance for applications in liquids, especially when the latter are highly viscous. Due to the high damping in such environments, a low quality factor in air would result in no measureable signal after immersion. Besides the careful selection of the mode class, a high output sensor signal is achieved by matching the electrode design to the specific resonance mode shape.
These roof-tile shape resonator based sensors have been successfully operated and evaluated in three application scenarios: wine fermentation, detection of ferrous particles in liquids and viscosity measurements of bitumen. All in all, this broad range demonstrates the versatility and the potential of this technology platform for in-situ real-time monitoring of physical quantities in liquids, while there are still interesting open questions such as energy loss by acoustic radiation and a theoretical model for the fluid structure interaction of 2D mode shapes immersed in liquids. These topics are the subject of ongoing and future investigations.

Springer Nature remains neutral with regard to jurisdictional claims in published maps and institutional affiliations.
Footnotes
1
https://​mst.​isas.​tuwien.​ac.​at.
2
Note number of nodal lines in x and y direction by two numbers according to axis given in Fig.  1. 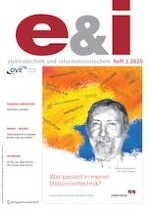