Create an alert for International Journal of Social Robotics now and receive an email for each new issue with an overview and direct links to all articles.

Back to the search result list
​
print
Table of Contents
​
insite
Issue archive
​
archive
​
insite
Print
​
print
​
share
previous article Robots for Learning
next article Between the Social and the Technical: Negotiati...

Robots in schools are generally seen as useful for teaching students about engineering and robotics, and as teaching assistants for scientific or foreign language subjects. Robots may be particularly useful in rural schools, due to the challenges rural areas face with low student numbers, low funding, a lack of specialist teachers, and isolation. To date, no studies have specifically investigated how companion robots might be useful in rural schools. This cross-sectional study aimed to investigate student and teacher views about how two companion robots could be useful in rural educational settings. 207 students and 22 teachers participated in 30-min sessions with two popular companion robots, Paro and iRobiQ. Questionnaires were given to all participants and observer ratings were made of student interactions with the robots. Overall, the robots were well-received. The majority of participants said they would like to have the robots at their schools. Girls gave significantly more positive responses about the robots than boys, although boys were more engaged with iRobiQ than girls. Children aged 5–12 and their teachers responded the most positively. Participants wanted the robots to be more interactive, and perceived that the most useful functions were helping children with autism, comforting children in sick bay, and repeating exercises for children who need help. This study suggests that in addition to having an assistant teacher role, companion robots may have a useful comforting role. The results inform designers about which applications to develop for robots in rural schools and which age groups to develop them for. 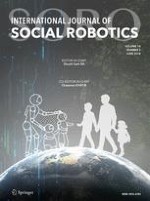 Between the Social and the Technical: Negotiation of Human-Centered Robotics Design in a Middle School Classroom