This paper extends the use of graph theory and network science to the study of interregional industry network, trying to identify key industries and basic economic structures of five northwestern provinces in “Silk Road Economic Belt”, which is an area that hitherto eluded empirical analysis. From the perspective of industry network, “Silk Road Economic Belt” is regarded as an interregional industry network formed by a set of industries and the relationships between them. In this paper, we study the structure of inter-industry relationships by creating and analyzing an interregional industry network using input–output table. We develop a measure to find the basic substructure of the network and analyze the relationships between industries so as to identify key industries and basic economic structures of some region. We apply this new procedure to the I–O table of five northwestern provinces in “Silk Road Economic Belt”. The empirical results reveal that (1) Agricultural and resource-based industries are the key industries for five northwestern provinces; (2) Shaanxi and Xinjiang play a more important role in constructing “silk road economic belt”; (3) It’s suggested that the key industries are identified and basic economic structures are revealed by using the method proposed in this paper, which would be difficult to find by only using the original input–output analysis.

Other articles of this Special Issue 4/2019 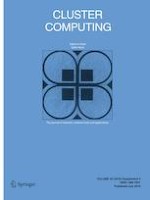