Create an alert for Metallurgist now and receive an email for each new issue with an overview and direct links to all articles.

The main indicators of environmental damage caused by iron-and-steel works in the Irkutsk Region as an example are considered. It is shown that the aluminum-smelting process involves intensive pollution of the nearby territories with fluoride compounds, which affects fertile soils. Despite the existing gas-cleaning system, emissions contain vanadium and chromium compounds, oxides of carbon, nitrogen and sulfur, fumes of coal tar and pitch, and benzo(a)pyrene, which is a strong carcinogen. The influence of the metallurgical industry on the environment and human health is studied. Methods of assessing the damage to the atmospheric air as a component of the natural environment and to soils as an object of environmental protection were used to determine the damage caused to the atmospheric air by emissions of pollutants from stationary sources and to soils due to their pollution, damage, or destruction. It is established that the damage caused to the environment from emissions into the atmosphere has hardly changed. However, the adverse impact on fertile soils is accumulated over time, which directly affects the health of the population. It is an indisputable fact that the deterioration of the environment and the earlier adverse impact (2015–2017) affect the health of the most vulnerable groups of the population in the city of Shelekhov: children of all ages, pregnant women, elderly people, people with various chronic diseases.
Advertisement 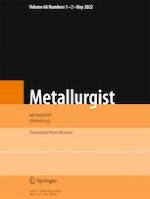 Technology of Ash and Slag Waste Processing by Сhloridizing Roasting