Impact of point source and mass loading sensitivity on the propagation of an SH wave in an imperfectly bonded FGPPM layered structure | springerprofessional.de Skip to main content
TOOLBAR 1 2 3 4
SEARCH MENU 1 2 3 4

The aim of the present study is to analyze the propagation behavior of an SH wave in a layered structure constituted of a functionally graded piezo-poroelastic material (FGPPM) layer imperfectly bonded to an FGPPM half-space influenced by a stress point source of disturbance situated at the interface. Mass loading sensitivity of the considered structure is also analyzed by assuming a deposition of an infinitesimally thin layer at the free surface. A mathematical model for mechanical and electrical dynamics of the said material is developed for both considered structures in distinct cases. Appropriate Green’s functions for both layer and half-space are derived by using admissible boundary conditions. The dispersion relation of an SH wave is obtained for both cases, and the obtained results are also validated with classical results of Love wave. The impact of various influencing parameters like functional gradient parameters, imperfectness parameter, piezoelectric coupling parameter, and piezo-porous coupling parameter on the phase velocity of an SH wave is analyzed graphically for a BaTiO\(_3\)-crystal layer and PZT-5H half-space. Moreover, for the case of the mass loading sensitivity, the influencing parameters are also studied for the deposition of a sensitive ZnO layer. Variation of group velocity with wave number is also sketched out graphically. 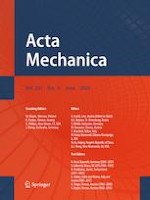