To deal with large data clustering tasks, an incremental version of exemplar-based clustering algorithm is proposed in this paper. The novel clustering algorithm, called Incremental Enhanced α-Expansion Move (IEEM), processes large data chunk by chunk. The work here includes two aspects. First, in terms of the maximum a posteriori principle, a unified target function is developed to unify two typical exemplar-based clustering algorithms, namely Affinity Propagation (AP) and Enhanced α-Expansion Move (EEM). Secondly, with the proposed target function, the probability based regularization term is proposed and accordingly the proposed target function is extended to make IEEM have the ability to improve clustering performance of the entire dataset by leveraging the clustering result of previous chunks. Another outstanding characteristic of IEEM is that only by modifying the definitions of several variables used in EEM, the minimization procedure of EEM and its theoretical spirit can be easily kept in IEEM, and hence no more efforts are needed to develop a new optimization algorithm for IEEM. In contrast to AP, EEM and the existing incremental clustering algorithm IMMFC, our experimental results of synthetic and real-world datasets indicate the effectiveness of IEEM. 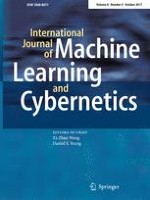