Whether at high or low levels, the presence of salt in water can potentially be harmful to crops as well as the environment. Saline water is already used by irrigators around the world to produce food owing to limited freshwater supplies. In addition to the common methods for reducing salinity stress, some magnetic devices have recently been spread by many combines grounded on the fact that after passing saline water through these devices, it gets structured and reduces the harmful effects on crops. Considering their claim, two pot experiments were carried out in the greenhouse of the Egyptian National Research Center to determine the influence of magnetic and normal water under three salinity levels (320, 3000 and 6000 ppm) on growth, yield and yield components of wheat. Results demonstrated that irrigation of wheat plants with saline-magnetized water reduced the harmful effect from 66.12 to 25.96% and 87.68 to 69.30% in grain yield per tiller under 3000 and 6000 ppm salinity levels, respectively, compared to those irrigated with the same levels dissolved in normal water. Similar trends were recorded in all tested parameters. Besides, the application of the Fruchterman–Reingold algorithm showed that salinity decreases the growth and yields. However, the magnetic treatment exhibits an opposite influence. Bayesian modeling confirmed these findings and highlighted that whatever the salinity is, the magnetic field reduced the salinity impact. 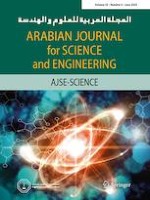