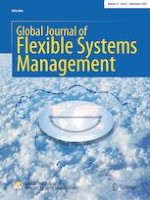 Strategies for Managing the Impacts of Disruptions During COVID-19: an Example of Toilet Paper

Identification of Critical Factors and Their Interrelationships to Design Agile Supply Chain: Special Focus to Oil and Gas Industries

Super-Flexibility in Practice: Insights from a Crisis