This study examined the potential for a new area of corporate social responsibility (CSR) washing: gender equality. Companies are increasingly recognized for advertisements promoting gender equality, termed “femvertisements.” However, it is unclear whether companies that win femvertising awards actually support women with an institutionalized approach to gender equality. A quantitative content analysis was performed assessing company leadership team listings, annual reports, CSR reports, and CSR websites of 61 US-based companies (31 award winners and 30 non-winning competitors) to compare the prevalence of internal and external gender-equality CSR activities of companies that have (versus have not) won femvertising awards. When controlling for number of employees and annual revenue, award-winning companies committed to more internal efforts that support women than non-award-winning companies. However, no significant differences were found in the number of external efforts or representation in female leadership between companies with and without award-winning femvertisements. Overall, a majority of award-winning companies (81%) engaged in less than ten of the possible 23 gender-equality CSR activities, suggesting these companies’ female empowerment commercials were often not in line with their broader CSR activities. While more research is needed in this area, we propose the term “fempower-washing” to describe CSR-washing in the context of gender equality.
Advertisement
next article The Radical Behavioral Challenge and Wide-Scope Obligations in Business 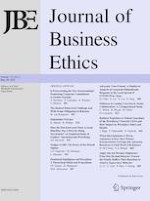 Emotional Intelligence and Deception: A Theoretical Model and Propositions

Adversity Tries Friends: A Multilevel Analysis of Corporate Philanthropic Response to the Local Spread of COVID-19 in China

Does the Narcissist (and Those Around Him/Her) Pay a Price for Being Narcissistic? An Empirical Study of Leaders’ Narcissism and Well-Being