Over the last decade, thousands of Ethiopians have migrated to South Africa. Many have established or worked in retail businesses in a high-rise district of the inner city of Johannesburg. Here they have incrementally created a retail enclave. The little known ‘Ethiopian Quarter’—otherwise known as ‘Jeppe’—is an intense retail space selling cheap Chinese merchandise to customers from surrounding townships, from rural South Africa and from sub-Saharan Africa. No formal planning addresses this economic activity and in spite of the speed and intensity with which the scale of retail has escalated over the last decade, it is not recognised as a permanent feature of the city centre. Its existence is made possible in a unique nexus of economic and spatial factors. The elements of low-end globalisation, ethnic entrepreneurialism, Johannesburg’s role as a port of entry for migrants and the spatial configuration of the precinct contrive in particular ways to produce this burgeoning transnational and globalised micro-economy that is dramatically shifting the face of retail in Johannesburg’s inner city. 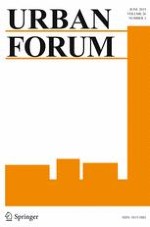 Competing for Knowledge: Leaders and Laggards of Bus Rapid Transit in South Africa