A laser-based method was developed for the synthesis and simultaneous deposition of multicomponent hybrid thin layers consisting of nanoentities, graphene oxide (GO) platelets, transition metal oxide nanoparticles, urea, and graphitic carbon nitride (g-C3N4) for environmental applications. The photocatalytic properties of the layers were tested through the degradation of methyl orange organic dye probing molecule. It was further demonstrated that the synthesized hybrid compounds are suitable for the photodegradation of chloramphenicol, a widely used broad-spectrum antibiotic, active against Gram-positive and Gram-negative bacteria. However, released in aquatic media represents a serious environmental hazard, especially owing to the formation of antibiotic-resistant bacteria. The obtained results revealed that organic, urea molecules can become an alternative to noble metals co-catalysts, promoting the separation and transfer of photoinduced charge carriers in catalytic composite systems. Laser radiation induces the reduction of GO platelets and the formation of graphene-like material. During the same synthesis process, g-C3N4 was produced, by laser pyrolysis of urea molecules, without any additional heat treatment. The layers exhibit high photocatalytic activity, being a promising material for photodegradation of organic pollutants in wastewater. 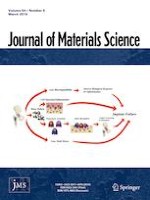