Oxygen concentrations and oxygen utilization rates were monitored continuously for 23 months on marsh platforms and in small tidal creeks at two sites in coastal Georgia, USA, that receive urban stormwater runoff via an extensive network of drainage canals. These data were compared to nearby control sites that receive no significant surface runoff. Overall, rainfall and runoff per se were not associated with differences in the oxygen dynamics among the different locations. Because of the large tidal range and long tidal excursions in coastal Georgia, localized inputs of stormwater runoff are rapidly mixed with large volumes of ambient water. Oxygen concentrations in tidal creeks and on flooded marsh platforms were driven primarily by balances of respiration and photosynthesis in the surrounding regional network of marshes and open estuarine waters. Local respiration, while measurable, was of relatively minor importance in determining oxygen concentrations in tidal floodwaters. Water residence time on the marshes could explain differences in oxygen concentration between the runoff-influenced and control sites. 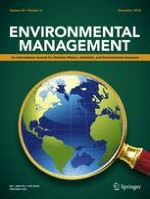 A Large-Scale, Multiagency Approach to Defining a Reference Network for Pacific Northwest Streams

Cost-Benefit Analysis of Green Infrastructures on Community Stormwater Reduction and Utilization: A Case of Beijing, China