Create an alert for The Journal of Real Estate Finance and Economics now and receive an email for each new issue with an overview and direct links to all articles.

Mortgage credit risk measurement hinges on the choice of a house price stress path, which is used to project loan losses and determine financial capital requirements. House price paths are commonly constructed at national or state levels and shock scenarios are created to mimic historical adverse market conditions. We provide evidence that this level of geographic aggregation is not granular enough in many cases—collateral risk often varies within cities. Using local house price indices that cover the United States from 1975 to 2016, we focus on house price performance in the years immediately following sustained periods of rapid acceleration. Price accelerations tend to exhibit temporal clustering and occur with greater frequency in large versus small cities. We exploit within-city variation in price dynamics to provide evidence that price initially overshoot sustainable levels but, in some areas, dynamics may reflect positive underlying economic fundamentals and can be sustained. After accelerating, price reach their trough after 4 or 5 years. Small cities show uniform declines whereas large cities exhibit greater price decreases farther away from city centers. These findings suggest differential collateral risk exists in large cities, financial losses can be predictable based on real estate location theory, and localized house price paths could aid credit risk management.
Advertisement
previous article Impact of Foreclosure Laws on Mortgage Loan Supply and Performance
next article Spatial Dependence in the Residential Canadian Housing Market 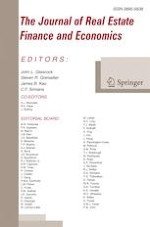 Impact of Foreclosure Laws on Mortgage Loan Supply and Performance

Dynamic Linkages Among U.S. Real Estate Sectors Before and After the Housing Crisis