Diamond cutting is a popular method to fabricate microlens array (MLA) on polymethyl methacrylate (PMMA); however, it is limited by brittle fracture, which is formed easily on the surface of MLA during the cutting process. In this paper, the formation mechanism of the brittle fracture is studied via a series of experiments including the slow tool servo (STS) cutting experiment of MLA, surface scratching experiment and sudden-stop cutting experiment. The effects of undeformed chip thickness, feed rate, and machining track on brittle fracture formation are investigated in detail. In addition, based on the fracture formation mechanism, a bi-directional cutting approach is proposed to eliminate the regional brittle fracture of the microlens during diamond cutting. An experiment was then conducted to verify the method; the results demonstrated that bi-directional cutting could eliminate brittle fracture entirely. Finally, a spherical MLA with the form error (vPV) of 60 nm and the surface roughness (Ra) of 8 nm was successfully fabricated. 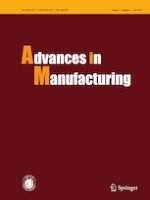