This article is concerned with optimizing human-machine turn-taking. In particular, the article covers an in-depth analysis of the timings when users respond to system query in spoken dialog systems. The goal of this work is to obtain a broad understanding of such timing patterns independent of dialog system type and dialog state context. Therefore, the analysis was based on a large volume of data both from a number of deployed spoken dialog system and an experimental study. The data from the experimental study showed that too short timeout settings can cause the system to interrupt a user and thus cause turn-taking problems. Next, the response timing patterns both during a system prompt as well as after prompt-end were analyzed for a number of different question types. It is shown that user responses while the system is playing a prompt (aka ‘barge-in’) tend to occur in the range of 10–25 % of all user responses, where the exact percentage of barge-in is context-dependent. It was also found that the timing of user responses after a system finishes speaking always follows the same uni-modal pattern independent of system domain and question type. This pattern can be modeled with a rational distribution. Based on these findings, a probabilistic response time model is presented, that allows calculating the likelihood of a user response at any time in a system. This response timing model can be used for multiple purposes, among them timeout setting optimization. 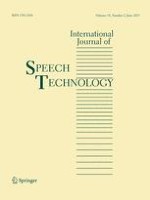