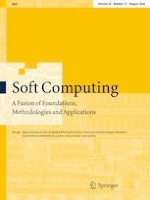 K-OpenAnswer: a simulation environment to analyze the dynamics of massive open online courses in smart cities