Vanadium dioxide (VO2) has been shown to undergo an abrupt electronic phase transition near 70 °C from a semiconductor to a metal, with an increase in dc conductivity of over three orders of magnitude, making it an interesting candidate for advanced electronics as well as fundamental research in understanding correlated electron systems. Recent experiments suggest that this transition can be manifested independent of a structural phase transition in the system, and that it can be triggered by the application of an electric field across the VO2 thin film. Several experiments that have studied this behavior, however, also involve a heating of the VO2 channel by leakage currents, raising doubts about the underlying mechanism behind the transition. To address the important question of thermal effects due to the applied field, we report the results of electro-thermal simulations on a number of experimentally realized device geometries, showing the extent of heating caused by the leakage current in the “off” state of the VO2 device. The simulations suggest that in a majority of the cases considered, Joule heating is insufficient to trigger the transition by itself, resulting in a typical temperature rise of less than 10 K. However, the heating following a field-induced transition often also induces the structural transition. Nevertheless, for certain devices, we identify the possibility of maintaining the field-induced high conductivity phase without causing the structural phase transition: an important requirement for the prospect of making high-speed switching devices based on VO2 thin film structures. Such electronically driven transitions may also lead to novel device functionalities including ultra-fast sensors or gated switches incorporating ferroelectrics. 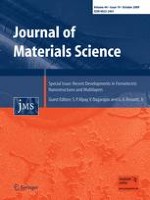