Micro Aerial Vehicles (MAVs) have become very popular with a wide range of applications in cinema, surveillance, search and rescue, among many others. For these applications, an experienced pilot could operate the vehicle while keeping it in the line-of-sight. However, if the MAV flies beyond, the MAV may be highly compromised leading to potential crashes due to undetected obstacles. Hence, an assistance system to aid with obstacle detection and avoidance is highly desirable. This problem becomes more evident for autonomous navigation of MAVs. Nevertheless, autonomous navigation involves intensive computational power that rests on additional hardware to that of the flight controller. In addition, MAVs have an inherent limitation in their payload, restricting the size and weight of the onboard hardware and consequently the computational processing and storage capabilities. Motivated by the limitations in hardware, we propose a method to build an high-level map with enough details to make it useful for autonomous navigation, detecting surfaces that can be modeled as planes, thus enabling real-time operation while running on low budget hardware. Our proposed method carries out the following stages: (a) super-pixel segmentation, (b) planes extraction, (c) real-time mapping and (d) RRT navigation. We tested the proposed method in a custom-made hexacopter capable of carrying a stereoscopic camera and a light computer. We show that our MAV navigates in an unknown environment and successfully senses and avoids potential obstacles in its path. 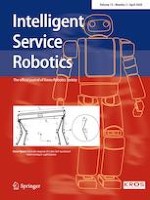 Toward a robot swarm protecting a group of migrants