Create an alert for International Journal of Data Science and Analytics now and receive an email for each new issue with an overview and direct links to all articles.

Overfitting reduces the generalizability of convolutional neural networks (CNNs). Overfitting is generally detected by comparing the accuracies and losses of the training and validation data, where the validation data are formed from a portion of the training data; however, detection methods are ineffective for pretrained networks distributed without the training data. Thus, in this paper, we propose a method to detect overfitting of CNNs using the trained network weights inspired by the dropout technique. The dropout technique has been employed to prevent CNNs from overfitting, where the neurons in the CNNs are invalidated randomly during their training. It has been hypothesized that this technique prevents CNNs from overfitting by restraining the co-adaptations among neurons, and this hypothesis implies that the overfitting of CNNs results from co-adaptations among neurons and can be detected by investigating the inner representation of CNNs. The proposed persistent homology-based overfitting measure (PHOM) method constructs clique complexes in CNNs using the trained network weights, and the one-dimensional persistent homology investigates co-adaptations among neurons. In addition, we enhance PHOM to normalized PHOM (NPHOM) to mitigate fluctuation in PHOM caused by the difference in network structures. We applied the proposed methods to convolutional neural networks trained for the classification problems on the CIFAR-10, street view house number, Tiny ImageNet, and CIFAR-100 datasets. Experimental results demonstrate that PHOM and NPHOM can indicate the degree of overfitting of CNNs, which suggests that these methods enable us to filter overfitted CNNs without requiring the training data.
Advertisement 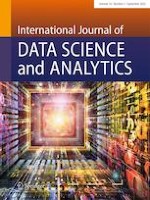 A survey on machine learning methods for churn prediction