The purpose of LTE-A technology is to provide high spectral efficiency, lower delay and stronger intercell interference control for a multi- user environment. The architecture of LTE basically contains E-UTRAN and evolved packet core. E-UTRAN is the combination of UE and ENodeB (enhanced node B) used to control the radio network. EPC provide end to end connection and backward capability with previous networks. Major entities included in EPC are P-GW, S-GW, HSS and MME. This new architecture fulfil the requirement of next-generation mobile networks for high connectivity and multiple type of networks. Heterogeneous network is one of them in which different power base stations like femtocell, picocell, and radio remote head deployed in a geographical area with in macrocell cell. It is one of the cost effective solution to provide high throughput and spectral efficiency and fairness for cell edge user. Deployment of femtocell improved the data rate and coverage in small regions like office, home, shopping mall and dense areas. Along with this an efficient fair sharing of resource allocation plays an important role in improving the performance of networks. This paper analysed the performance of round robin, resource fair, Max-throughput, best CQI and proportional fair LTE-A resource scheduling techniques on homogeneous networks. For heterogeneous networks a new cluster based proportional fair resource scheduling technique is proposed, which provides an efficient resource to the most sufferer user and improved fairness and cell edge user throughputs. In heterogeneous networks multiple femto cell were deployed in macro cell area. Access policies are applied on open and closed group. The performance is measured in terms of cell edge throughputs, peak throughputs, average throughputs, wideband SINR, spectral efficiency, and fairness index for homogeneous, heterogeneous networks and for user mobility. The performance result showed that Best CQI and MaxTP scheduler outperforms in throughput level and attains highest average cell throughput of 83 Mbps and UE average throughput of 20 mbps in homogeneous networks and approximately 43 Mbps in heterogeneous networks. Comparative result in heterogeneous network indicates that the proposed scheduler increases 2% gain in fairness and 1–1.89% gains in edge throughputs with respect to proportional fair scheduler and allocates 79% fair share resources among UE. Round robin scheduler delivered very poor throughput and fairness index in both homogeneous and heterogeneousnetworks. 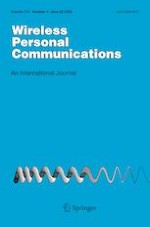