The energy consumption of the processes of mining, drying, converting and floating-grinding belongs to PRIE following the principle of mass-based allocation, and the corresponding allocation factors are 64, 64, 69 and 69 %, respectively. The categories of energy consumption involved in the smelting process (the key process for demonstrating the allocation model) include both PRIE and PRDE, and the aggregated allocation factor was calculated as 56 %. The allocation result derived from the established model is lower than the results derived from the mass-based model and the market value-based model, because that, through the desulphurization reactions that occurred in the smelting process, the chemical states of copper and nickel are transformed from copper pyrite (CuFeS2) and nicopyrite ((Fe,Ni)9S8) into cuprous sulphide (Cu2S) and nickel sulphide (Ni3S2), and copper compound releases more sulphur atoms than nickel compound. When analyzing a single pyro-metallurgical process, the result of allocation is sensitive to basis selection; however, when comparing two or more pyro-metallurgical processes, the comparison result of allocation is relatively insensitive to basis selection.

The energy input of pyro-metallurgical system is consumed in different physical-chemical ways; the decomposition of energy consumption is significant for choosing allocation bases; the basis of mass can only be used for the allocation of PRIE, and choosing the same allocation basis for different cases without a systematic analysis will be inappropriate. The requirement of some nontraditional extra inventory data is the major limitation of the established model. This study mainly focused on how nickel production system consumes the energy input, and the energy consumption patterns of other production systems should be taken into account in future studies. 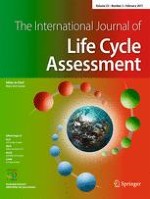 The need for co-product allocation in the life cycle assessment of agricultural systems—is “biophysical” allocation progress?