The electricity economies in North Africa and in the Middle East are currently heavily dependent on fossil fuels. As these countries have also signed the Paris Climate Agreement, plans to move towards renewable energies are already in place. In some of these countries the destruction of power infrastructure due to civil war and hostilities leads to other major challenges. Not only are there large investments needed to restore the electricity infrastructure to offer a reliable power supply without daily outages as is common in some areas, but also the costs of developing a power plant fleet towards the use of renewable energies has to be considered. Initiatives to support the development of the African continent like the African-EU-Partnership (AEEP) or the CIGRE World Bank joint initiative for ‘Africa’ could help these countries in using their excessive wind and solar potentials.
In this paper, the existing electricity infrastructure of the countries Algeria, Egypt, Israel, Jordan, Lebanon, Libya, Morocco, Syria, Tunisia and Turkey is implemented into the techno-economic simulation model ATLANTIS from the Institute of Electricity Economics and Energy Innovation (Graz University of Technology). The scenarios based on the national energy plans have been developed. To our knowledge, this is the first time such a detailed electricity model has been developed for these countries. In the load-flow analysis the bottlenecks of the transmission system show where future investments into the grid are necessary. If the national energy policies are implemented as planned, it can be seen that the electricity production from renewable energy (including biofuels, run-of-river, solar/PV and wind) more than doubles between 2018 and 2030. This and the fact that many oil- and coal-fired power plants are replaced by gas power plants leads to a decrease in CO2 emissions by about 40 percent.

Title
Potentials and systemic aspects for the integration of renewable energies in the North African and Middle Eastern electricity system
Authors:
R. Gaugl
U. Bachhiesl 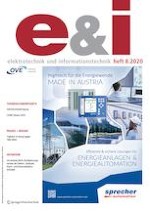 Investigation of the dynamic rating of tubular busbars in substations

Achievements, experiences, and lessons learned from the European research infrastructure ERIGrid related to the validation of power and energy systems