Neuronal membrane and synapse polarities have been attracting considerable interest in recent years. Certain functional roles for such polarities have been suggested, yet, they have largely remained a subject for speculation and debate. Here, we note that neural circuit polarity codes, defined as sets of polarity permutations, divide into primal-size circuit polarity subcodes, which, sharing certain connectivity attributes, are called categories. Two long-debated, seemingly competing paradigms of neuronal self-feedback, namely, axonal discharge and synaptic mediation, are shown to jointly define the distinction between these categories. However, as the second paradigm contains the first, it is mathematically sufficient for complete specification of all categories. The analysis of primal-size circuit polarity categories is found to reveal, explain and extend experimentally observed cortical information capacity values termed “magical numbers”, associated with “working memory”. While these have been previously argued on grounds of psychological experiments, here they are further supported on analytic grounds by the so-called Hebbian memory paradigm. The information dimensionality associated with these capacities is found to be a consequence of prime factorization of composite circuit polarity code sizes. Different categories of circuit polarity, identical in size and neuronal parameters, are shown to generate different firing rate dynamics. 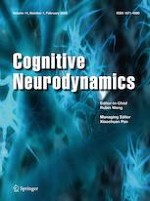