This study presents an empirical analysis of the usage of limited media resources, gratification of user expectations, complementarity between different types of media, and the competitive relationship of media, based on new media in China, specifically Wechat, Weibo, and Renren. In this study, previously un-researched areas of the difference between old and new media as well as competition among the new media are analyzed so as to suggest strategies for increasing the market share. The results showed that (1) Wechat, a service which has converged the positive attributes of old and new media, provided a high level of user gratification by meeting user’s diverse requirements, while Weibo beat other social media regarding information seeking because its network structure has advantage on extensive information acquisition. On the other hand, Renren was less competitive than Wechat and Weibo, but it still had its place as an information seeking media because of the plentiful amount of information such as pictures and videos. (2) There was keen competition among the media that provided high levels of user gratification. (3) Old media were competitively superior in media richness, equivocality reduction, and the social relationship, while new media were competitively superior in information seeking and remediation of media. The conclusions suggest that, for social network service/site-based new media to obtain the advantage in the media market, they need to provide users more diverse communication functions and a platform for more meaningful communications. 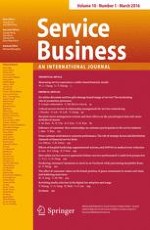 Do online discounts and free gifts damage brand image of service? The moderating role of promotion-proneness

Erratum to: Revisiting media selection in the digital era: adoption and usage