Create an alert for Arabian Journal for Science and Engineering now and receive an email for each new issue with an overview and direct links to all articles.

This study investigated the optimization of ultrasound-aided transesterification process variables for the synthesis of polyol ester-based biolubricant. A response surface methodology based on Box–Behnken design coupled with crow search algorithm methodology was adopted to optimize the ultrasonicated transesterification process variables such as an ultrasonic pulse, amplitude, catalyst concentration, and reaction temperature in order to maximize the yield percentage of polyol ester. The formation of pentaerythritol ester was confirmed by Fourier transform infrared spectroscopy and gas chromatography. The significant properties of the new formulation were compared with synthetic grade compressor oil. Improved yield of 81.4% of pentaerythritol ester was accomplished with an ultrasonic pulse of 15 s, an ultrasonic amplitude of 60%, a catalyst concentration of 1.5 wt%, and the reaction temperature of 100 °C. This optimization study suggested that ultrasonicated successive transesterification process is an effective method in substituting conventional successive transesterification process for the synthesis of pentaerythritol ester-based biolubricant.
Advertisement 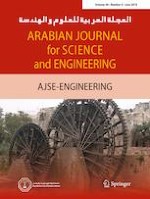