Photonic networks-on-chip are currently being researched by many different groups. It is believed that this technology will be the future of many-core computing thanks to their advantages in bandwidth, power efficiency, and propagation speed. Related research has mainly addressed network topology, router micro-architecture design, as well as performance and power optimization and analysis. However, the key optical device in PNoC systems, microring resonators (MRs) are very sensitive to temperature fluctuation and manufacturing errors. A single MR failure can cause messages to be misdelivered or lost, which results in bandwidth loss or even complete failure of the whole system. This can be caused by a change in just a few degrees Celsius. In this paper, we present a thermal-aware routing algorithm which attempts to combat the fluctuations in heat across a chip. We used a traffic and fault-aware algorithm which attempts to avoid using a single node too much and avoids it even more if faulty MRs are overtaking the circuit. This system showed a 38% reduction in the peak energy of the nodes in the photonic network. The system was also able to maintain functionality with minimal degradation up until 15% of MRs had failed and remained functional until 30% of MRs had failed. 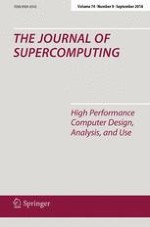