Back to the search result list
​
print
Table of Contents
​
insite
Issue archive
​
archive
​
insite
Print
​
print
​
share
previous article Resident Knowledge of and Engagement with Green...
next article From Project Impacts to Strategic Decisions: Re...

Quantification of SARS-CoV-2 in urban wastewaters has emerged as a cheap, efficient strategy to follow trends of active COVID-19 cases in populations. Moreover, mathematical models have been developed that allow the prediction of active cases following the temporal patterns of viral loads in wastewaters. In Mexico, no systematic efforts have been reported in the use of these strategies. In this work, we quantified SARS-CoV-2 in rivers and irrigation canals in the Mezquital Valley, Hidalgo, an agricultural region where wastewater from Mexico City is distributed and used for irrigation. Using quantitative RT-PCR, we detected the virus in six out of eight water samples from rivers and five out of eight water samples from irrigation canals. Notably, samples showed a general consistent trend of having the highest viral loads in the sites closer to Mexico City, indicating that this is the main source that contributes to detection. Using the data for SARS-CoV-2 concentration in the river samples, we generated a simplified transport model that describes the spatial patterns of dispersion of virus in the river. We suggest that this model can be extrapolated to other wastewater systems where knowledge of spatial patterns of viral dispersion, at a geographic scale, is required. Our work highlights the need for improved practices and policies related to the use of wastewater for irrigation in Mexico and other countries. 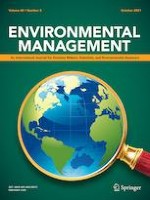