Securing the mobile agents from malicious code execution is the next phase of mobile network computing. Malicious code execution is one of the serious attacks in mobile agent network. To restrict the attack to an extent, a strong authentication protocol should be developed to secure from agent attacks. In this paper, an efficient encryption protocol is developed to restrict the execution of malicious code in mobile agents. The integrated bloom filter (IBF) is proposed in this work to filter the agent code and break the code into byte array blocks and generates the initial keys. For an efficient encryption and decryption, a robust and flexible key is needed, the elliptic curve is defined in this paper to generate the private and public key for the encryption process. The Ciphertext Policy Attribute-Based Encryption (CPABE) is a public key encryption method deduced to encrypt the information in the form of ciphertext associated with attributes. The implementation of proposed work is executed in the JADE platform and results are evaluated and compared with existing protocols such as Fragmentation and AES. Thus the proposed IBF-CPABE protocol is an efficient method for offering optimal security in mobile agents from various attacks and malicious code execution. 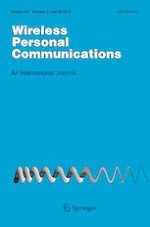 Performance Analysis of a Differential-Correlation Based Burst Detection Method