The construction of traditional finite element geometry (i.e., the meshing procedure) is time consuming and creates geometric errors. The drawbacks can be overcame by the Isogeometric Analysis (IGA), which integrates the computer aided design and structural analysis in a unified way. A new IGA beam element is developed by integrating the displacement field of the element, which is approximated by the NURBS basis, with the internal work formula of Euler-Bernoulli beam theory with the small deformation and elastic assumptions. Two cases of the strong coupling of IGA elements, “beam to beam” and “beam to shell”, are also discussed. The maximum relative errors of the deformation in the three directions of cantilever beam benchmark problem between analytical solutions and IGA solutions are less than 0.1%, which illustrate the good performance of the developed IGA beam element. In addition, the application of the developed IGA beam element in the Root Mean Square (RMS) error analysis of reflector antenna surface, which is a kind of typical functional surface whose precision is closely related to the product’s performance, indicates that no matter how coarse the discretization is, the IGA method is able to achieve the accurate solution with less degrees of freedom than standard Finite Element Analysis (FEA). The proposed research provides an effective alternative to standard FEA for shape error analysis of functional surface. 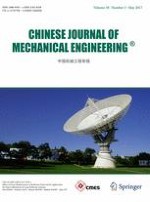