This study consists of a series of heat treatments (solubilization and aging) and a cold work process on Al 6061-T6 samples, in order to study the effect of temperature and mechanical properties through tensile, hardness and photoacoustic tests. The cold-worked and 200°C aged sample showed the highest values for yield strength, ultimate tensile strength and fracture strength. For the sample heat treated at 150°C, the values obtained for plasticity (58.29 kJ/m3) and toughness (56.95 kJ/m3) were the highest. The age hardening treatment at 200°C for 1 h reached the maximum precipitation hardening, similar to the T6 condition. The changes observed in the photoacoustic signal were correlated with the phase transformations detected by DSC thermograms, being first peak (Zone I) associated to the formation of vacancy-silicon clusters. The second peak (Zone II) to the formation of GP-I zones and needle-like GP-II zones or/β". The third peak (Zone III) to the formation of rod-like β'-phase. The photoacoustic analyses proved to be rather useful when measuring the microestructural changes in Al alloys. Finally, the results reported here, favors the use of this material in components with high levels of manufacturing/machining to produce complex geometries.
Advertisement
previous article Monotonic and Cyclic Stress–Strain Behavior of Uncoated and Coated Superalloy Rene®80 at Elevated Temperature
next article Effect of Gadolinium Addition on Microstructure, Mechanical Properties and Corrosion Resistance of 316L Austenitic Stainless Steels 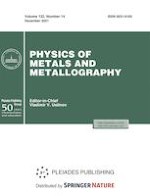 On the Prediction of Stacking Fault Energy on Medium MN Steels