» Get access to the full-text
Important notes
A preliminary version of this work appears in Proc. 2018 Society Exploration Geophysicists annual meeting.

Traditional seismic acquisition systems suffer from a number of difficulties related to telemetry cables that are used as a means of data transmission. Transforming the traditional seismic acquisition system to a wireless system has been considered as a potential solution to most of these difficulties . Wireless seismic acquisition systems have to serve a huge aggregate data rate requirement, as is usually the case in a large wireless sensor network. This paper considers a novel wireless acquisition system with a generalized tree topology, and studies the maximum achievable transmission data rates from the geophones to the wireless gateways, where successive interference cancellation decoding is used at the gateway nodes. We consider the problem of sum-rate maximization by optimizing the decoding set at each gateway, i.e. which group of geophones will be decoded at each gateway. Various integer programming algorithms are proposed for solving this maximization problem. These optimization algorithms are simulated and compared, where it is shown that the ant system algorithm achieves the highest sum-rate, with up to \(82\%\) increase compared to the case of no optimization, and a relatively low computational complexity compared to other algorithms, e.g., it may take the ant system algorithm only \(19\%\) of the time consumed by the angle-modulated particle swarm optimization. Furthermore, the data delivery from the gateways to the data center is also considered. In this stage, two cases, with different buffer sizes at the gateways, are studied. For small-size buffers, two optimization problems are identified and solved. The first problem considers the minimization of the total power of the gateways, and the second problem considers power fairness between the gateways. It is demonstrated that the first problem reduces the total power of the gateways by \(43\%\) compared to the second problem. For large-size buffers, the problem of maximizing the weighted sum rate of the gateways is shown to be convex, and the globally optimal solution is obtained efficiently. 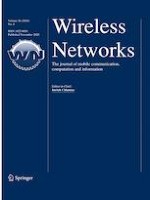 Recent advances in consensus protocols for blockchain: a survey