Most transgender individuals are banned from serving in and joining the U.S. military. Historically, exclusions and limits have been placed on women, people of color, and sexual minority people seeking to serve and advance within the U.S. military. However, both history and prior research demonstrate that diversity contributes to social and institutional advancement within both U.S. and international militaries.

We used an adapted respondent-driven sampling (RDS) approach to recruit transgender and cisgender heterosexual and LGB active duty military members in a first-of-its-kind study funded by the Department of Defense. We recruited 540 active duty service members serving one of the four major branches of the U.S. military between August 2017 and March 2018. We examined data from 486 heterosexual cisgender and LGB cisgender service members to understand their support for transgender people serving in the U.S. military.

Findings indicate broad support for transgender military service across all four branches of the military and military ranks, with some statistically significant differences in support emerging by gender, sexual orientation, and race/ethnicity.

Policies limiting transgender service in the U.S. military should be lifted given these data. 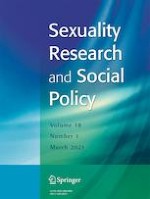 The Moderating Effect of Filial Piety on the Relationship Between Perceived Public Stigma and Internalized Homophobia: a National Survey of the Chinese LGB Population

Captive While Waiting to Be Free: Legal Violence and LGBTQ Asylum Applicant Experiences in the USA