Friction Stir Welding (FSW) is one of the most used solid-state welding processes in the aeronautical, aerospace, ground transportation and naval fields. Stationary Shoulder Friction Stir Welding (SSFSW) is a recently introduced variant of the process allowing lower heat input into the joints, with beneficial effects in terms of joint mechanical properties, microstructure and top surface finish. In the paper, lap joints produced by SSFSW and made out of AA6082-T6 aluminum alloy sheets have been analyzed with the aim to investigate the effect of the stationary shoulder on the lap joints surface, metallurgical, and mechanical properties. The lap joints produced by SSFSW have been compared to the ones produced by “conventional” FSW in order to highlight the differences between the two processes. The top surface of the joints obtained with the two processes has been quantitatively evaluated. Finally, a dedicated numerical model has been utilized to highlight the causes of the observed differences through the distributions of the main field variables, namely temperature, strain and strain rate. It was found that SSFSW results in narrower weld nugget and smaller areas involved by micro hardness reduction caused by smaller peak temperature and high temperature zone. Additionally, better surface quality was found for the joint welded by SSFSW with lower heights and flash, allowing to avoid subsequent finishing operations needed for most industrial applications. 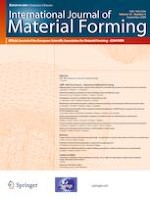