In the light of growing legislation on company disclosure of ecological and social information such as the US Dodd-Frank Wall Street Reform and Consumer Protection Act (Dodd Frank Act) from 2010, the UK Modern Slavery Act 2015 and the recent EU Directive 2014/95/EU on disclosure of non-financial and diversity information by certain large undertakings and groups (CSR Directive) and its German implementation act (CSR-RUG), this article seeks to assess the contribution of company disclosure laws to improving human rights performance of companies and reducing poverty. Put more generally, can disclosure law actually trigger a change in behaviour? It begins by recalling why we need sustainability or corporate social responsibility (CSR) laws, then discusses key issues of the CSR Directive and the German implementation act, looks into some practice and will draw some conclusions. Its main thesis is that the first step of companies on their way to acting socially responsibly is to know and show their environmental and human rights impacts. Thus, company disclosure laws of non-financial information can be a valuable first step towards more sustainability if designed in the right way.

Title
Sustainability Reporting: A Critical Assessment of the E.U. CSR Directive and Its German Implementation from a Human Rights Perspective
Author:
Franziska Humbert 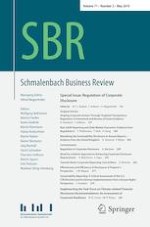 Need for a Holistic Approach to Enhancing Corporate Disclosure Requirements