The online version of this article (https://​doi.​org/​10.​1007/​s11109-018-9443-y) contains supplementary material, which is available to authorized users.
All figures and tables in this paper can be replicated with the syntax available at the Political Behavior dataverse: https://​dataverse.​harvard.​edu/​dataset.​xhtml?​persistentId=​doi:​10.​7910/​DVN/​AGRX5U

Can citizens heed factual information, even when such information challenges their partisan and ideological attachments? The “backfire effect,” described by Nyhan and Reifler (Polit Behav 32(2):303–330. https://​doi.​org/​10.​1007/​s11109-010-9112-2, 2010), says no: rather than simply ignoring factual information, presenting respondents with facts can compound their ignorance. In their study, conservatives presented with factual information about the absence of Weapons of Mass Destruction in Iraq became more convinced that such weapons had been found. The present paper presents results from five experiments in which we enrolled more than 10,100 subjects and tested 52 issues of potential backfire. Across all experiments, we found no corrections capable of triggering backfire, despite testing precisely the kinds of polarized issues where backfire should be expected. Evidence of factual backfire is far more tenuous than prior research suggests. By and large, citizens heed factual information, even when such information challenges their ideological commitments. 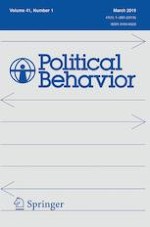