The Indentation Performance of a Novel Indenter with a Prolate Spheroid Tip | springerprofessional.de Skip to main content
SEARCH MENU 1 2 3 4

The geometrical form of the solid indenter is a very important factor to determine some physical and mechanical proprieties such as hardness, elastic modulus, contact surface area, as well as tribological parameters of the tested materials. This study compared the volume and the surface of the imprint that resulted from a novel tip penetrator (prolate spheroid chap) with the spherical chaps. Firstly, general mathematical concepts of ellipsoid, spheroid, and spherical indentors are discussed, and the respective expressions of the volume of a body of revolution are derived. Secondly, expressions and geometric forms of imprint surfaces and volumes resulting from prolate spheroid and spherical indenters are determined as functions of their depth or diameter. Finally, a comparative study on application of prolate spheroid and spherical indenters of the same depth is conducted showing the advantages of the former over the latter.
Advertisement
previous article Vacuum Hot Rolling Preparation of a Stainless Steel Clad Plate and Its Numerical Simulation
next article Correction to: Influence of YAG Concentration and Pressing Time on Wear of Si3N4 Based Ceramics

Title
The Indentation Performance of a Novel Indenter with a Prolate Spheroid Tip
Authors
A. Boudilmi
K. Loucif 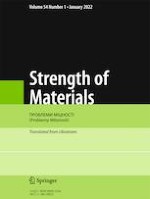