This study examines the impact of several institutional factor conditions on entrepreneurship in difficult macroeconomic environments such as a systemic banking crisis. It uses data from the National Expert Survey (NES–GEM). A total of 1771 national entrepreneurship experts representing 44 countries were included in the analysis. Using Laeven and Valencia (2013)’s criteria, 20 countries were considered as most affected by the global economic crisis (group 1) and 24 as less affected (included in group 2) in order to test if opportunity perceptions are significantly affected in times of recovery. In terms of findings, the study confirms that institutional factor conditions strongly impact on the opportunity to create a new business regardless of how damaged the economy of countries hit by the crisis was. Among the six institutional factors studied, four are found to be statistically significant and two are partially significant. The interacting effects of systemic banking crisis and the exposure to international conditions kept the previous relationship relatively unchanged. In terms of contributions, the study first highlights the importance of the institutional view in explaining the opportunities to start-up in the aftermath of a crisis. Second, the study compares the proposed relationships between four sub-sample data sets based on trade openness and banking crisis severity. From a practical and government perspective, this study provides a useful picture of the yet limited understanding of the role that institutions and trade openness can play in entrepreneurs’ perceptions and thus in economic recovery dynamics.
Advertisement 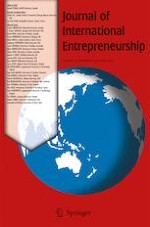 Evidence-based persuasion: A cross-cultural analysis of entrepreneurial pitch in English and Spanish

The influence of additive manufacturing on early internationalization: considerations into potential avenues of IE research