In everyday life, we often observe unusually frequent interactions among people before or during important events, e.g., people send/receive more greetings to/from their friends on holidays than regular days. We also observe that some videos or hashtags suddenly go viral through people’s sharing on online social networks (OSNs). Do these seemingly different phenomena share a common structure? All these phenomena are associated with the sudden surges of node interactions in networks, which we call “bursts” in this work. We uncover that, in many scenarios, the emergence of a burst is accompanied with the formation of triangles in networks. This finding motivates us to propose a new and robust method for burst detection on an OSN. We first introduce a new measure, i.e., “triadic cardinality distribution,” corresponding to the fractions of nodes with different numbers of triangles, i.e., triadic cardinalities, in a network. We show that this distribution not only changes when a burst occurs, but it also has a robustness property that it is immunized against common spamming social-bot attacks. Hence, by tracking triadic cardinality distributions, we can more reliably detect bursts than simply counting node interactions on an OSN. To avoid handling massive activity data generated by OSN users during the triadic tracking, we design an efficient “sample-estimate” framework to provide maximum likelihood estimate of the triadic cardinality distribution. We propose several sampling methods and provide insights into their performance difference through both theoretical analysis and empirical experiments on real-world networks. 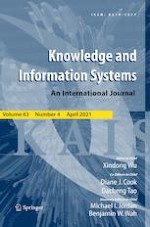