Infrastructure including public facilities has become ubiquitous. Remote measurement instruments based on automatic or real-time-oriented methods also substitute for the conventional tunnel measurement approach, and thereupon the requirements for efficient measurement and analysis processes on examining civil structures are increasingly needed. With the New Austrian Tunneling Method, in particular, huge amounts of measurement data are processed to estimate the safety of a tunnel support system under construction and operation. Therefore, the analysis model for a tunnel monitoring system ought to be lighter and faster. For this reason, this study developed a two-dimensional tunnel analysis model to substitute for the conventional model (the beam-spring model), and proposed an application of the model to a tunnel monitoring system. In the proposed model, Winkler-based beam elements were applied as an alternative to beam and spring elements. A process is also proposed to determine the ground state of the Winkler-based beam element. This process is related to simulation of the ground resistance loss in tensile ground areas. Four examples were examined to verify the model: one finite beam on tensionless foundation (Example 1); two circular tunnels (Examples 2 and 3); and one horseshoe-shape tunnel (Example 4). Numerical analysis was implemented with a specific code which developed using finite element method. Comparing the numerical results with those of the corresponding beam-spring models, in Example 1, the convergence rate of the proposed model was at least fourth times. In other examples, the results of the proposed model showed a nearly perfect agreement with those of the beam-spring model, whereas the computational efficiency of the proposed model was superior by twofold. Thus, our results suggest that the use of Winkler-based elements in a tunnel model could help enhance the performance of tunnel measurement systems. 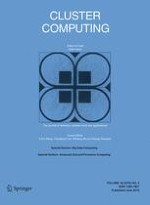