» Get access to the full-text
Important notes
Communicated by V. Loia.

Indeterminacy is an intrinsic characteristics of real-world data. Where they originate from credible experiments, probability theory is a robust tool to manipulate this type of indeterminacy. However, this is not always the case, and referring to the domain expert belief is an alternative approach. Baoding Liu initiated an axiomatic basis of uncertainty theory to answer this kind of indeterminacy. Dominating set with its different versions has a wide range of applications in many fields, while the practice suffers indeterminacy with no reliable data in most cases. In this paper, we investigate the minimum weighted dominating set with indeterministic weights in two cases. The weights in the first one have probability distribution and in the other one uncertainty distribution which they are based on the belief degree of the domain expert. In both cases, the objective function of model is not defined. To overcome this difficulty, based on probability and uncertainty theory, deterministically two different models are constructed. The first model considers an \(\alpha \)-chance method, and the second exploits the expected value of the uncertain variables. Both models are converted to deterministic ones resulting to the so-called \(\alpha \)-minimum weighted dominating set, and the uncertain minimum weighted dominating set, respectively. A prototype application in earthquake relief management is provided, and the performance of models is experimented in a concrete illustrative example. 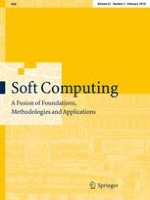