» Jetzt Zugang zum Volltext erhalten
Wichtige Hinweise
Translated from Metallurg, Vol. 64, No. 7, pp. 60–69, July, 2020.
The paper provides a theoretical justification of the key chemical aspects of enhancing the process of heap leaching (HL) of gold by using a reagent complex containing hydrogen peroxide. A schematic illustration of heterogeneous catalytic reactions, which occur during metal leaching, as well as examples of the geometry and dissociation energy of a number of gold clusters are presented. The paper provides the results of studying the mineral composition of various types of waste produced by the Darasun mine, including cut-off grade ores of the Talatuy deposits (gold content — 0.7 g/t), mature tailings of the Darasun gold-processing plant (GPP) (gold content — 1.45 g/t), and flotation tailings of the current ore processing at the Darasun GPP (gold content — 0.3 g/t). A process flow diagram is presented to describe the conducted experimental studies of heap leaching of gold from the pelletized granules of technogenic minerals obtained from various types of mining waste. The process of leaching was performed using a reagent complex containing sodium cyanide solution and hydrogen peroxide, which served as a catalyst of the chemical reactions. The conditions that must be met by the geomaterial to be pelletized in order to obtain strong granules and enable gold leaching have been identified. The optimal values of the following key process parameters were determined: grain size of the crushed cut-off grade ore; waste fraction of the pelletized geomaterial (cut-off grade ore : mature tailings : current processing tailings = 1:0.5:0.5); amounts of sodium cyanide and hydrogen peroxide in the leaching solution, which are introduced into the process in stages at a ratio of H2O2 :NaCN = 10:1. An enhancement of the process of geomaterial heap leaching using hydrogen peroxide enables a higher concentration of oxygen in the lower parts of the pile, which results in an increase in gold recovery by 7.6 % (from 79.5 % to 87.1 %) in comparison with the conventional process. The proposed method utilizing physico-chemical geotechnology of gold recovery ensures a sustainable use of the natural mineral resources, as well as a closed cycle of mining production. 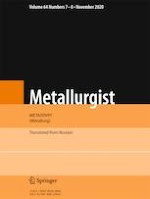