The Jinping-I double-curvature arch dam, located in the middle reach of Yalong River and with a maximum height of 305 m, is the world’s highest dam of this type that has been completed. Since the second stage of reservoir impounding, after which the reservoir water level was gradually raised by about 232 m, a significant amount of leakage was observed from the drainage holes drilled in the lowest drainage tunnel at the left bank abutment at an elevation of 1595 m a.s.l. (above sea level), with an observed maximum pressure of about 0.3 MPa. A number of investigations, including water quality analysis, digital borehole imaging, tunnel geological mapping, and in situ groundwater monitoring, were performed to examine the source of leaking, the groundwater flow paths, and the performance of the grouting curtains. By defining two objective functions using the in situ time series measurements of flow rate and hydraulic head, respectively, a multiobjective inverse modeling procedure was proposed to evaluate the permeability of the foundation rocks that was underestimated in the design stage. This procedure takes advantage of the orthogonal design, finite element forward modeling of the transient groundwater flow, artificial neural network, and non-dominated sorting genetic algorithm, hence significantly reducing the computational cost and improving the reliability of the inversed results. The geological structures that lead to the leakage were identified and the seepage flow behaviors in the dam foundation and the left bank abutment were assessed. Based on the field measurements and the inverse modeling results, the effects of the engineering treatments of the leakage event on the dam safety were analyzed. It has been demonstrated that the seepage control system is effective in lowering the groundwater level and limiting the amount of seepage in the dam foundation, and the leakage event does not pose a threat to the safety of the dam. 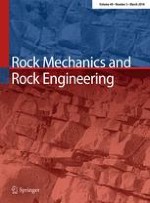