The present study is intended to investigate and compare the hemodynamics in two different sizes of hemodialysis arteriovenous grafts for upper arm hemodialysis vascular access: 8-mm tapered to 6-mm at the arterial side and straight 6 mm. A computational simulation approach is presented for this study, which is validated against the available experimental and numerical pressure measurements in the literature. The imposed boundary conditions at the arterial inlet and venous outlet boundaries of the models are physiological velocity and pressure waveforms, respectively. Blood flow fields and distribution patterns of the hemodynamic indices including wall shear stress (WSS) as one of the major hemodynamic parameters of the cardiovascular system and spatial wall shear stress gradient (SWSSG) as an indicator of disturbed flow patterns and hence susceptible sites of lesion developments are analyzed and compared between the two grafts. The tapered 6- to 8-mm graft seemingly is associated with less disturbed flow patterns within the venous anastomosis (VA) and the vein downstream while benefiting from higher blood flow rates within. Also, it shows a definitive advantage in terms of WSS and SWSSG distribution patterns around the VA and throughout the vein downstream with significantly lower values, which reduce the risk of thrombosis formation and stenotic lesion developments. The only disadvantage encountered in using 6- to 8-mm tapered graft is higher values of hemodynamic parameters at the arterial junction attributable to its significantly higher mean blood flow rate within. The results clearly indicate that the tapered 6- to 8-mm graft entirely outperforms straight 6-mm graft hemodynamically as an upper arm hemodialysis vascular access graft and confirms clinical data in the literature, which suggests advantageous use of tapered 6- to 8-mm grafts in the creation of upper arm brachioaxillary hemodialysis vascular access grafts in selected groups of patients with expectably higher patency rates and lower complications. 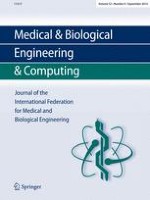