Low-pollutant and efficient combustion not only in internal combustion engines requires a balanced gaseous mixture of fuel and oxidizer. As fuels may contain several hundred different chemical species with different physicochemical properties as well as defined amounts of biogenic additives, e.g., ethanol, a thorough understanding of liquid fuel droplet evaporation processes is necessary to allow further engine optimization. We have studied the evaporation of fuel droplets at low ambient temperature. A non-uniform temperature distribution inside the droplet was already considered by including a finite thermal conductivity in a one-dimensional radial evaporation model (Rivard and Brüggemann in Chem Eng Sci 65(18):5137–5145, 2010). For a detailed analysis of droplet evaporation, two non-laser-based experimental setups have been developed. They allow a fast and relatively simple but yet precise measurement of diameter decrease and composition change. The first method is based on collecting droplets in a diameter range from 70 to 150 µm by a high-precision scale. A simultaneous evaluation of mass increase is employed for an accurate average diameter value determination. Subsequently, a gas chromatographic analysis of the collected droplets was conducted. In the second experiment, evaporation of even smaller droplets was optically analyzed by a high-speed shadowgraphy/schlieren microscope setup. A detailed analysis of evaporating E85 (ethanol/gasoline in a mass ratio of 85 %/15 %) and surrogate fuel droplets over a wide range of initial droplet diameters and ambient temperatures was conducted. The comparison of experimental and numerical results shows the applicability of the developed model over a large range of diameters and temperatures. 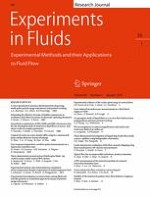