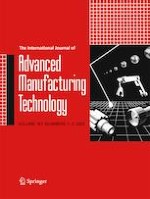 Peg-on-hole: mathematical investigation of motion of a peg and of forces of its interaction with a vertically fixed hole during their alignment with a three-point contact

The wear of 3D microelectrode in micro electrical discharge machining